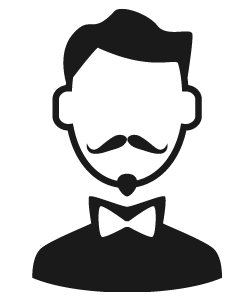 What Does Fast Internet Really Mean?

Many Internet Service Providers (ISPs) boast fast internet in the advertisements. Fast can be understood by downloads finishing faster, websites loading faster, or streaming videos moving uninterrupted. There are a few different factors that impact speed, and a few details can help you figure out if speed is what you need, along with other important shopping points for new internet plans.

Bandwidth Is A Speed And Capacity

Information is transferred in one of two types of energy: electricity and light. Electricity is the most common, while light is transferred over optical fiber cables. Think of any internet cable as a highway, with multiple lanes to allow more data to move at the same time.

Every cable type has a specific speed, and adding more wires, lanes, or other capacity technology to "widen" the cables will allow more information to move at once. Wider lanes and faster maximum speeds for specific lanes is how capacity and speed work together.

Consistency Is A Factor

If two different internet companies advertise the same plan, why would one company be faster than the other? Electricity, light, and all other commercially-available data transmission methods are not perfectly logical and neat transmissions.

They can be as volatile as water, and although the information is sent in precise bits as bursts of energy, those bursts are still physical matter and have some fraction of erratic movement. This does not, however, account for huge differences in speed.

When the information for your website visit is lost, what happens? Modern internet allows you to load some parts of the website based on the information you received, but the full site won't be complete on your screen until the lost information is received.

For pictures and videos, the content will be delayed until everything is received, or you may see some color changes and hear sound distortion. Live-streamed content such as live videos or Voice over IP (VOIP) phone calls can't be sent again, so that distortion is all you'll get.

Use a 50mbps (megabits per second) connection as an example. Company A's speed test reaches 49mbps, while company B reaches 30mbps. The problem is likely one of the companies, but check your end first.

Even though one company is clearly doing worse, you need to make sure that your computer, modem/router, and cables aren't throwing off the test. A LAN test (Local Area Network test) is built into routers, modems, and combo routers (routers with modem and wifi radio features). Test this to make sure that it meets advertised speeds, such as 1Gbps (gigabits per second) or 10Gbps.

If your ISP supplied your modem, call the company and ask for a test and perform your own test before or after to see if the results matter. If you don't know where to find your modem's test function, check the user manual or look at the back of the modem for the model number and search for a user manual.

If your home network checks out, ask the company to figure out if there is a local service interruption. Anything from construction mishaps to weird internet wars could slow down information going to and coming from your computer. The only time a "bad' company issue happens is if the wiring is physically bad and repairs are not made.

Contact an ISP to discuss available plans, and to gauge their network performance along with their customer service.